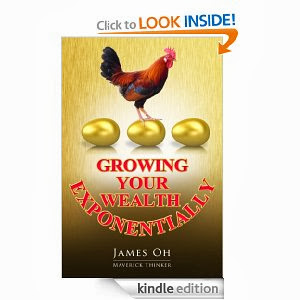 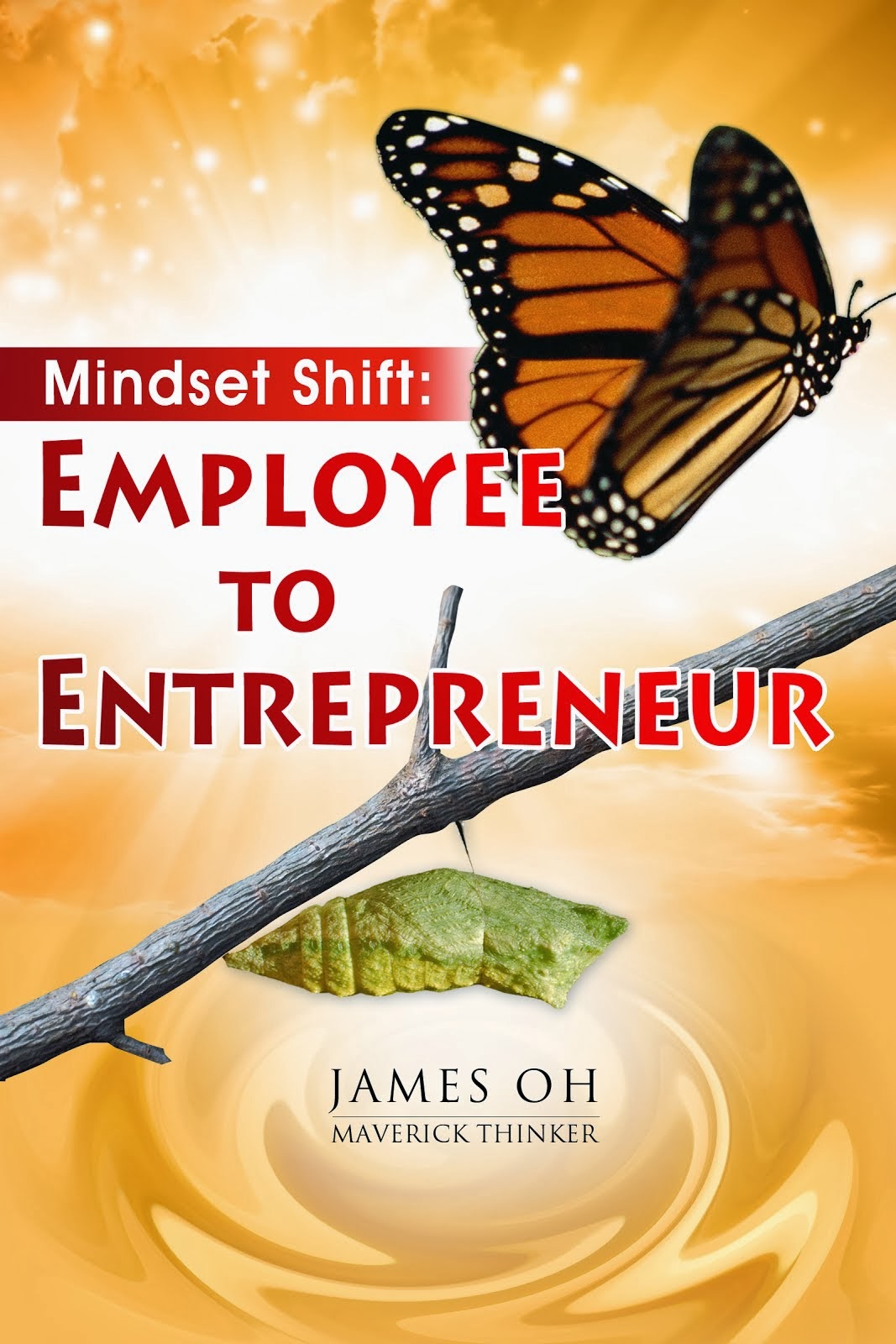 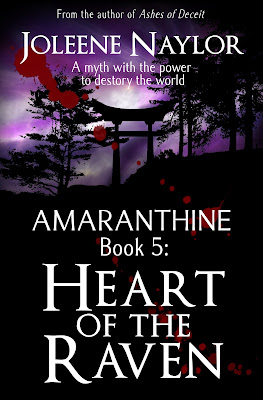 Katelina has barely recovered from the chaos of Malick’s revolt, yet she and Jorick must go to Munich to testify before the True Council. All hopes of a vacation are dashed when they’re assigned an entourage that includes Verchiel, a vampire Katelina never wants to see again. Her hatred is forgotten when Malick and his henchmen penetrate the stronghold in Munich. Jorick hijacks the trip and diverts them on a quest to reclaim the Heart of the Raven. Said to be the disembodied heart of Lilith, the relic may be more reality than myth, and if it falls into the wrong hands it could have disastrous consequences for the world. Can they reach its hiding place before Malick? The fifth installment of the Amaranthine series sees Jorick and Katelina draw closer as they surround themselves with their own miniature army to outwit the machinations of the ancient master. Katelina grows stronger and learns to stand on her own because there’s no room for the fainthearted in a world where darkness is eternal and the night tastes like blood.

Joleene Naylor grew up in southwest Iowa surrounded by soybeans, corn and very little entertainment - so she made her own. She has been writing and drawing since she was a small child, with a particular leaning towards fantasy, horror and paranormal. It is this love of all that goes bump in the night that led her to write the Amaranthine series.
In her spare time she is a freelance artist, book cover designer and photographer. Her current projects include the sixth novel in the Amaranthine series, and The Terrible Turtle Conspiracy, a web manga collaboration with writer Jonathan Harvey. Joleene maintains blogs full of odd ramblings and hopes to win the lottery. Until she does, she and her husband live near Bolivar Missouri with their miniature zoo. However, unless she starts buying tickets she may never win anything.

Append below is the Q and A session.

When did you begin to write?

I started writing before I could read. My first “book” was about a girl who got a phone call and went roller skating. Though most of the words are spelled phonetically (and there are a lot of vowels missing) it was fully illustrated. I still have it somewhere.

My mother was a poet, writer and artist, so it didn’t occur to me to be anything different. I remember when I first discovered that everyone didn’t have stacks of blank paper in their house. I couldn’t figure out how they could draw or write without it. Ha ha!

There’s a trail of random stuff out there. I have some unfinished books, some finished but un-publishable books (mostly YA horror), lots of short stories and even some poetry.

What is your favorite part of writing?

Discovering the story. I don’t write from an outline, so I rarely know what’s going to happen and during the first draft I’m often as surprised as the readers.

Tell us about your latest release.

The Amaranthine series is about Katelina and her vampire lover Jorick. Heart of the Raven is the fifth book in the series and centers on Jorick and Katelina’s hunt for the object of the same name .Rumored to be the heart of Lilith, the mother of the vampires, it is said the artifact will grant unlimited power to whoever possesses it. But, they aren’t the only ones searching for it. Malick, an ancient vampire master who hopes to start a war with humanity to cure his boredom, hopes to procure it for himself. Can Jorick and Katelina find it in time, or will they lose the race and possibly the world?

Wow! This book sounds really good. Are you planning on writing more in the years to come?

I plan to write this series as long as I can get away with it. I’ve actually started the sixth book and a second short story collection, this time about The Executioners, the vampires elite “police” squad.

So far what is your worst criticism/attacks, and how have you overcome it?

It was my first bad review. It was on a blog written by a Mrs. Chuckles, or something like that, who tore the first book in the series to shreds. I was upset and told my husband that I needed a chocolate muffin, because only chocolate could soothe my injured soul. We went to the grocery store, but they were completely out of chocolate muffins. No big deal, so we went to wal-mart who, oddly, had no chocolate muffins. Next we tried a gas station, but again, no chocolate muffins. After stopping at every one in town (it was now the principle of the matter! It was a quest, by god, and I *would* succeed!) we finally found one chocolate muffin at Kum ‘N Go. We bought it and headed home. I got in the door and had just settled in to get back to pouting when my mother called (she lives next door), so I left my muffin sitting on the coffee table, still in it’s plastic wrapper. When I came back, the wrapper was there and the muffin was gone. Furious, I yelled at my husband, “I can’t believe you ate it!” He denied it, and it was then that I noticed that the paper muffin cup was also missing. And the dog was smiling. Since then the dog has become a chocolate fiend (he begs for it whenever I have any) and I’ve given up pouting because, in the end, the dog just eats the muffin anyway, so there’s no point. Better to move on and put it behind you.

I find it hard to think of a list of accomplishments because once I’ve “accomplished” something, I sort of put it in the back and move on to the next thing. There’s just so much to do and so little time to do it all in.

How did you get published?

I started querying agents, but in 2009 the climate was very anti-vampire because everyone was doing it after the success of Twilight (sadly I hadn’t read Twilight at this point and didn’t know what it was!). I knew a variety of authors through MySpace, who were all published differently, and after looking at some of their disasters I rejected the idea of looking into small presses. So many of them are bad (whether because they’re a scam or because they’re poorly managed) and many of them have really horrible covers on the books. Plus, even among the good ones, most don’t do the promotion, and that was the main thing I didn’t want to do. If I had to do the marketing, it seemed like a better idea to just do everything myself, then it would belong to me, and be the way I wanted it. So, I started researching self publishing.

Each one is different. I actually came up with the title Heart of the Raven back when I was writing the second book, and made up the relic and worked it into the storyline just so I could use the title. I hope the title for the next one comes to me in a dream, as that would be a lovely answer to an interview question.

Can you enlighten us a little more about your books?

There are five books in the Amaranthine series, and a collection of short stories about random side characters called Vampire Morsels.

I’m going to cheat and give you the series synopsis: Pulled into a world of darkness, Katelina’s fate becomes intertwined with that of Jorick, a dark, enigmatic vampire. To stay by his side, she must navigate fields of intrigue, terror and bloodshed as they are drawn from one vampire war to another. Dreams of peace seem elusive, and complications abound in the form of mysterious vampires, old relics, and an ancient master. Join Katelina and Jorick in a world where vampires don’t sparkle and night is eternal.

Tell us your guiding principle that governs your life?

Never take anything at face value because everything is a matter of perception. Truth varies from one individual to another (this is why police will get a different story from every witness- it’s affected by memories, prior experiences, how much attention they were paying, etc.) This isn’t just limited to testimony, it includes everything, even whether something is good or bad. It’s all a matter of how you see it, which is affected by our own prejudices, ideas and experiences. Nothing is concrete or black or white, and you have the power to make something bad into something good, or something good into something bad.

How have you cultivated these values?

By always trying to find the good in every given situation. Sometimes it can be hard, such as the death of a loved one, which we recently experienced, but in the end, just like with the criticism and the chocolate muffin, I can’t change what happened; I can’t bring someone back from the dead or un-do something that has happened, so rather than wallow in it, I try to find the lesson in the event and move on. And there’s always a lesson, even if it’s just that you’ve earned something about yourself.

Do you have any advice for writers looking to get published?

Learn to take criticism. No matter how good you are, your story isn’t perfect. No story is perfect. Everything can be improved. The trick is to learn which criticism is helpful to your “vision” and which ones aren’t. If you can do that with grace, then you’ll have a fantastic book when you’re done.

Where can we find your book?
Heart of the Raven is available on My books are available at Amazon, Barnes and Noble,Smashwords, Kobo, Sony, Apple and in paperback.

Where can we find you on the internet?

Fantastic 5th entry into a great series. There's always a sense of humor twisted in with even the darkest parts. I love Joleene's books.

Thanks so much for being a part of the tour! I had a great time :)

It's my pleasure, Joleene.

Thanks for giving me a chance to participate in this tour. So, wishing you all the best for your book.

great interview! how dare anyone give you a bad review Joleene your a genius! I have chocolate muffins for you when ever you want them!..lol

Heart of the Raven was one of my favourites of the series and I can't wait to see what happens next!